Taking secret soundings about applicants, favouring “well connected” candidates from prosperous traditional backgrounds and using the old boys’ network. Sounds like the recruitment practices of a Members’ Club in the 19th century or an organisation that’s not up to date with equality and diversity laws. But no, these are allegations made by eight senior judges working in the Crown Courts, County Courts and Tribunals. It appears that some of the judges tasked with applying our equality laws, don’t believe they actually apply to them.

The eight judges, mostly from ethnic minorities, wrote to the Sunday Times at the weekend complaining that applicants were more likely to be shortlisted by the Judicial Appointments Commission (JAC) if they were white. The statistics do bear this out: just 4% of High Court Judges are from ethnic minority backgrounds. As a comparison, 10% of MPs and 40% of NHS Consultants are from a minority.

The JAC was meant to bring transparency to the selection of judges and yet it is claimed that it sends existing judges a document in which they can provide “guidance” on candidates. The problem here is that where a workforce is drawn largely from one racial group, this practice can lead to the continued exclusion of other racial groups. Psychologically, we instinctively gravitate towards people who we perceive as being similar to us, and we see those people as more talented and capable than people outside our group.

If the allegations are true, there is a risk that judges will be chosen based on how well connected they are, as opposed to their skills and experience. You know the sort of thing:  Yes, he’s a good egg – went to school with his brother or Sound chap – shared a box with him at Twickenham.

Recruitment practices need to be more open than this. There shouldn’t be any room for “secret soundings” and rumour when deciding who is offered employment. Such practices run the risk of a tribunal claim by a job applicant who believes they have been discriminated against because of these arrangements.

If anyone should get this process right, it’s the legal profession.

Official figures show the simple fact that white candidates are more likely to be successful when applying for judicial positions. Last year, 16 per cent of minority candidates were shortlisted following application, compared to 33 per cent of white applicants. 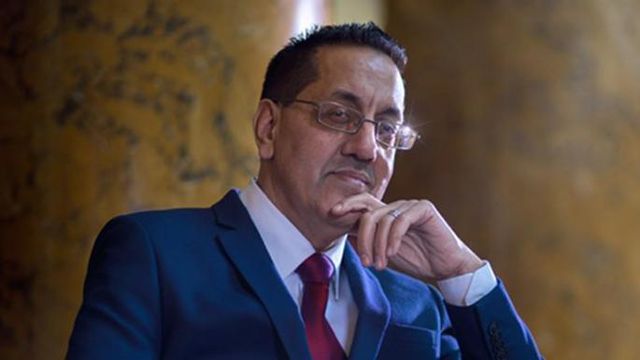 Why the surprise? In Scotland all High Court judges are white, of 142 full time sheriffs 2 are Asian - not one BAME lawyer I know has ever dared complain of racism & excuses on lack of racial diversity no different to what was once said on women🇬🇧🏴󠁧󠁢󠁳󠁣󠁴󠁿 https://t.co/sumbwz3xac

8 judges call for an inquiry into “discrimination” and “bullying” in the judiciary.

When applying for top legal roles, 33% of white candidates are shortlisted vs 16% of ethnic minority candidates.

A group of serving judges is calling for a parliamentary inquiry into claims of discrimination and bullying by an ‘old boys’ network’, saying it has blocked ethnic minority judges from top jobs https://t.co/jFR9nxAsGm

A parliamentary inquiry should be launched into discrimination in the judiciary, several judges have said, arguing that ethnic minority judges miss out on the top jobs because of their backgroundshttps://t.co/Zcb2twNcAW

It's too dangerous to work!
Rachel Clayfield

Does your business need a Director of Happiness?
Rachel Clayfield
Recent posts from Carbon Law Partners