Back in November, I wrote about the then Chief Executive of McDonald's, Steve Easterbrook, who had been forced to leave his post when it was discovered that he was having a relationship with an employee.

He may not have been too unhappy about his departure at the time, as he received a payoff, estimated to be worth over £40million. But things don’t look quite so rosy for him now.

Following an anonymous tip-off, McDonald’s began a second investigation into his conduct and discovered that Easterbrook had sent sexually explicit pictures and videos from his work email to his personal account and had allegedly lied to investigators during the initial investigation. It appears he had in fact engaged in sexual relationships with three more staff, allegedly giving shares worth “hundreds of thousands of dollars” to one of them.

Not surprisingly, McDonald's is now suing Easterbrook to retrieve the payoff. They argue that by covering up the extent of his wrong-doing he induced the company to settle on much more favourable terms than they would otherwise have agreed to.

While the average employer doesn’t offer eight figure severance packages, many do enter into settlement agreements paying former staff enhanced redundancy or ex-gratia payments.  Employers don’t want to be paying out these sums if they later find they could have dismissed their employee for gross misconduct and paid them nothing.

That’s why it is important to ensure that if you are an employer you draft your settlement agreement carefully. Make sure you include a warranty from the employee in which they confirm that they have not committed a repudiatory breach of any express or implied term of their contract of employment. In other words, they haven’t done anything that would entitle you to terminate their employment without notice. You should also make it clear that the payments you are making to the employee are conditional on this being true.

If you are an employee you will want to ensure that any circumstances already known to the employer, that might amount to a repudiatory breach of contract, are specifically excluded from the warranty.

Both McDonald's and Easterbrook will have had a team of lawyers working on this so it will be interesting to see how it all pans out. You can buy a lot of Big Macs with £40M.....

Last week, the burger giant said it was suing Easterbrook, 53, to retrieve the payoff it had given him — estimated to be worth more than $57m (£43.6m) — because he allegedly lied to investigators and had in fact engaged in sexual relationships with three more staff. 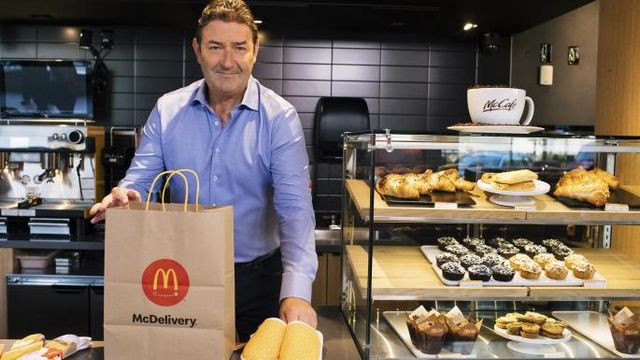 "The lawsuit represents an extraordinary departure from the traditional disclose-it-and-move-on decorum that American corporations have often embraced when confronted with allegations of wrongdoing by senior executives." https://t.co/MDtA42qqw9

McDonald’s Corp’s former Chief Executive Officer Steve Easterbrook fired back at his former company for suing to clawback tens of millions of dollars in compensation, denying company claims he covered up sexual relationships with subordinates. https://t.co/CYevMfKg5N