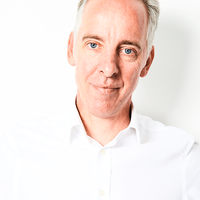 While judgement in Dukeminster Ltd v West End Investments (Cowell Group) Ltd was given over a year ago, it is worth the reminder about proper service. The case was also one of those rare cases on sections 34 and 35 of the Landlord and Tenant Act 1954 which provided guidance on renewal terms.

The head tenant (W) served a section 25 notice on its tenant (D) wherein it was identified as “Dukeminster Limited” but the underlease was held by Dukeminster (UG) Limited, another company in the Dukeminster group.

D claimed that the notice was invalid.  The court disagreed.

The “reasonable recipient” test (or “Mannai” test) supported the view that the notice was quite clear to a reasonable tenant who the intended recipient was, and they could not be misled by the error.  The two companies had a very close connection as well as name.  They had the same directors, the same registered office etc.

That said, this point should never have gone to court.  Substantial partly irrecoverable costs were wasted seeking this order.  The moral is, avoid such risk and cost by serving on the correct party.

The expiring lease was of 51-years duration.   W wanted a 12-year term and produced evidence that comparable properties had 10-year leases. D sought a 5-year term but raised little save that this suited its business interests.

I have to say, this part of the judgment surprised me most.  Courts tend to swing with the tenant on lease length.  D may have been complacent and relied on the court following that trend.  However, the court went with the landlord holding that the evidence before it supported a 10-year lease as market norm for leases of this type.

D wanted a break notice if a development next door proved unbearable.  The court asked itself whether there was a real possibility that D would need or wish to exercise such a break right.  It decided they would not as the risk that the enjoyment of their offices would be substantively disrupted was fanciful.  Again, the court didn’t simply go with the tenant but with the evidence.

While the court also rejected the tenant’s rental valuation as it sought to depress the value based on the proposed development next door, it did side with the tenant on the 5th year rent review being assessed on an upward/downward basis and not the “traditional” upwards only.  Some commentators are surprised by this, but I am not.  The decision is entirely in line with RICS guidelines that have been around for quite some time.  Then again, in this case a rent review was introduced for the first time and the court had a blank canvass.  Were there an existing provision, the starting point would have been to follow that unless a party is able to adduce evidence supporting reasonable grounds for deviating from it.

Are we about to see the end of non-compete clauses in employment contracts?
Rachel Clayfield
repost  cancel