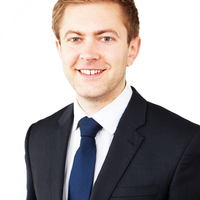 When I was a special constable I once arrested a man before he'd committed a crime.*

And when it comes to investing in cannabis, the subject of the Cannabis Finance Forum today, you'd wish you could see into the future.

Because from the cannabis warning forms I used to give out to the Proceeds of Crime Act offences, "regulatory risk" for an investor isn't just the threat of a fine. We're talking serious criminality and potential jail time.

The Cannabis Finance Forum provided a useful discussion on the risks and opportunities involved when investing in a substance which is illegal in most jurisdictions around the world. Here are five takeaways from the day:

1. Overseas is not out of mind

The Proceeds of Crime Act 2002 (POCA) is designed to tackle money laundering, defined as "the process by which the proceeds of criminal conduct are dealt with in a way to disguise their criminal origins".

Selling banned substances in the UK is clearly a crime, and POCA applies to the proceeds of that crime. But even if you want to invest in a jurisdiction where cannabis is legal like Canada, POCA will still apply where the relevant conduct would be criminal if it had occurred in the UK and be punishable by more than one year in prison. Producing and selling cannabis is punishable by up to 14 years in prison in the UK, so investing in the production and sale of cannabis overseas falls squarely within POCA.

2. Invest in medicinal, not recreational cannabis

But here we enter a grey area. Does "medicinal" include "health and well-being"? What happens if the company you invest in starts off selling medicinal cannabis but it accidentally ends up in the recreational market?

You can mitigate these risks with robust processes for supply and distribution management. One attendee suggested using blockchain to assist in nailing down where your product comes from and where it ends up.

3. There's a big difference between the law and law enforcement

It's the National Crime Agency (NCA) which enforces POCA and the Home Office which licences the production of hemp. It was clear from experiences on the panel that the NCA freely admits it doesn't fully know what the law is in the grey areas around medicinal cannabis.

Meanwhile, the Home Office takes a very risk averse approach to hemp production (it's very difficult to get a licence in the UK) and at the other end of the scale, the police would rather be doing basically anything else than arresting people for cannabis use (hence the use of cannabis warning forms, which are designed to stop neighbourhood cannabis users filling jail cells). So the law is strict, penalties are high, and enforcement is confused.

So it's all about what risk you're willing to tolerate.

If you want to get into the sector, you've got to be prepared for risk averse banks and institutional investors to walk away. And you'll need some financial heft because the costs of research and regulatory compliance are high.

On the other hand, a lot of the big players are deterred from getting involved, leaving space for the little guy to take that first-mover advantage. Despite the regulatory confusion, there is massive growth potential, and it's not too hard to find crowd funders, angels and debt providers who are excited about the possibilities (or at least it wasn't hard to find them at the Cannabis Finance Forum).

Like any other market, you'll need to decide how you want to invest. Will you invest in the gold or the picks and shovels? The R&D or the supply chain?

It turns out that prison bars are effective barriers to entry, and an opportunity if you're willing to take the risk.

*The clocks went back between offence and arrest, making for a curious pocketbook entry. 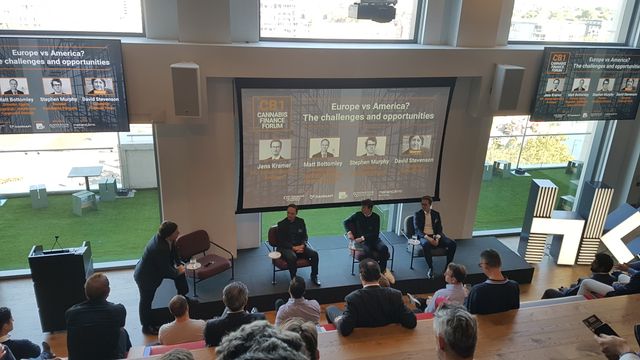 Hosting @advinvestor & @AltFiNews and 130 delegates at the Cannabis Finance Forum at @havaslondon. 37 countries have now legalised media al cannabis use. Half are in Europe.

Another interesting event at @MaitlandPR today - pleasure to be working on it! Lots of exciting speakers and forward thinking subject areas. https://t.co/S5TrkfGIGi

BE BRAVE. JOIN THE NEW WORLD OF WORK.
Rob Flint

LAWYERS ARE THE WORST FOR THIS TRAIT...
Rob Flint

THE ART OF THE DEAL: DILIGENCE TRUMPS WARRANTIES
Rob Flint

WILL YOU STILL PAY ME, WILL YOU EMPLOY ME, WHEN I'M 69….?
Rachel Clayfield