Some of you may recall this case from the early months of 2018.  The decision made by the Employment Tribunal and the Employment Appeal Tribunal were highly relevant to employers who recognise trade unions and operate a system of collective bargaining.

In this case, both the ET and the EAT concluded that Kostal had acted unlawfully in 'going over the heads' of the trade union by offering a pay deal directly to individual employees after the offer had been rejected by the trade union during negotiations.

The decision of the ET (supported by the EAT) was that:

"it is not permissible for an employer to abandon collective negotiation when it does not like the result of a ballot, approach the employees individually with whom it strikes deals and then seek to show its commitment to collective bargaining by securing a collective agreement which is little more than window dressing – having destroyed the union's mandate on the point in question in the meantime.  In other words, if there is a Recognition Agreement which includes collective bargaining, the employer cannot drop in and out of the collective process as and when that suits its purpose."

(i) two separate inducements made by the company with a fixed penalty of £3,800 each; and

(ii) 55 claimants receiving £7,600 each based on the calculation above.

The company and Unite the Union had, in the early months of 2015, established trade union recognition and collective bargaining.  Later that year they entered into pay negotiations for the very first time.  The first offer was made on 24 November 2015.  The offer was a 2% increase in basic pay and a lump sum payment of 2% of basic pay as a Christmas bonus to reflect the performance of the business in 2015.  In return there would be a reduction in sick pay for new starters, a reduction in Sunday overtime and a consolidation of breaks.

This offer was overwhelmingly rejected by the union.

The company decided that in light of the impasse in negotiations - and wanting to give employees the option of accepting the offer including the bonus - that they would approach employees directly.  They wrote in the following terms:

"Unfortunately, the above offer was rejected by a ballot of Trade Union members.Therefore, the Company has made the decision to write to every individual employee of Kostal UK in order to offer the above to each person directly.We are doing this due to the short timeframe in order to pay a Christmas bonus, which can and will only be paid in December's pay.Therefore…failure to sign and return [by no later than 18 December 2015] will lead to no Christmas bonus and no pay increase this year."

What the law says

It is unlawful to offer inducements with the intention of undermining the collective bargaining process established with a recognised trade union.  This is set out in section 145B of the Trade Union and Labour Relations Act 1992 which says as follows:

145B Inducements relating to collective bargaining

(a)  acceptance of the offer, together with other workers' acceptance of offers which the employer also makes to them, would have the prohibited result, and

(b)  the employer's sole or main purpose in making the offers is to achieve that result.

(2)  The prohibited result is that the workers' terms of employment, or any of those terms, will not (or will no longer) be determined by collective agreement negotiated by or on behalf of the union.

The decision of the Court of Appeal

In a relatively unexpected decision, the CoA concluded that that Kostal had not offered inducements.  The reason that they reached this conclusion was largely because of the wording of section 145D which states that that when direct offers are made 'over the head of the union' that the intention was to change or seek to change the arrangements with the union regarding collective bargainning.

Importantly in this case Kostal intended to continue with collective bargainning in the future with Unite.  The offer was only made in respect of attempting to resolve the impasse in negotiations in this particular instance.

However, had Kostal taken the further step of making a direct offer to employees which also included that individual then accepting that they will no longer be part of the bargainning unit and consequently will not have their terms negotiated on behalf of them by the trade union in future, this would have been an unlawful inducement.

This clarification in the law is therefore welcome for employers.  It provides some scope to resolve situations of an impasse with trade unions and prevents a trade union from effectively vetoing any direct offer regarding any term to any employee.  The view of the Court of Appeal was that this decision does not render the trade union powerless as it would remain open to them to ballot their members for industrial action or to implement an overtime ban (for example).

Unsurprisingly, Unite the Union were very disappointed in the result of the case at this stage.  They have indicated that they have already (today) sought permission to appeal the decision to the Supreme Court and have made the following statement:

"Expressing bitter disappointment, Unite said it strongly disagreed with the Court of Appeal’s decision and would continue to fight for justice for Kostal UK Limited workers in a case which has far reaching consequences for trade union rights."

The Court of Appeal unanimously found in Kostal’s favour. Setting aside the previous decisions, it agreed that the ET’s construction of Section 145B “gives a recognised trade union an effective veto over any direct offer to any employee concerning any term of the contract, major or minor, on any occasion”. 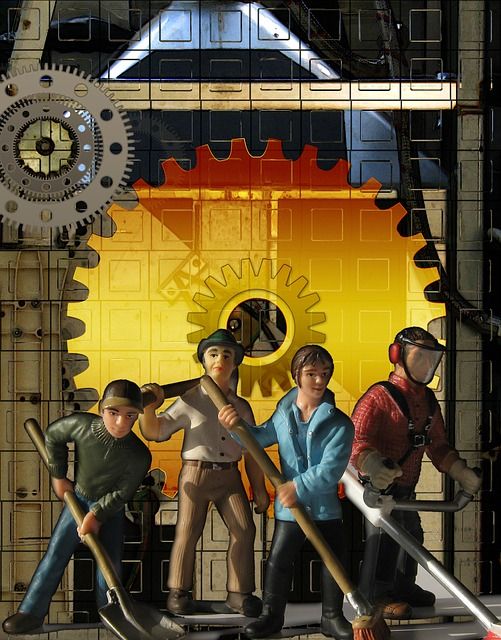