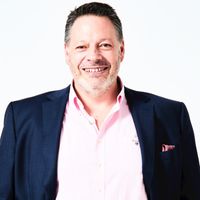 We know this about my Grandad and some of what he experienced that day because he contributed a section to a book called ‘The War of the Landing Craft’. This gives us a first hand account in his own words.

“As we drew closer we could see the carnage wrought upon the first assault craft by the enemy guns. We sailed on through it, the bodies of the unlucky assault troops floating away at our stern as we ploughed in.”

His landing craft was part of the 104th flotilla and each craft beached 50 yards apart to unload vehicles and infantry. He describes the unloading of jeeps and half tracks until one gets stuck and “at this unfortunate moment the German 88’s were  getting our range and shells coming from both sides.” The landing craft was stuck on the beach, finally it moved allowing the infantrymen to follow the vehicles off the landing craft at the double. Sadly this was just as the German guns found their range and, “half of them ‘bought it’ right in front of our eyes from an 88 shell which landed smack in the middle of them.” As the last of the tide went out they were stranded like a “beached whale.”

In what can only be described as harrowing my grandfather continues, “These were the most tense moments of my life...In addition to this, the enemy 88 gunner must have now had us firmly in his sights after his first success of destroying half of our recently landed passengers...I heard the whine of the first 88 shell before it exploded not 2 yards from our port bow. I did not hear the whine of the second shell but heard it explode in a direct hit on the port bow which shook up the entire craft.”

The miracle and amazing good fortune is that the direct hit actually freed the beached landing craft. Many had died but, by luck, my grandfather was alive.

I don’t know if this shaped the rest of his life because he never spoke about it to me. Sadly, Grandad died when he was 62 in 1987 when I was 16. I am proud beyond words of his service to our country. As an 18 year old, he faced fear and death on one of the most important days in our history. I learned about this after his death when my grandmother asked me if I would like the book he had written a short section in. I am fortunate to have a near pristine copy of that book, bearing an inscription to him by its authors who compiled these first hand accounts.

I have always admired my grandfather. He was an engineer, who spent most of his adult life that followed the Second World War working overseas in Australia, Iran and Abu Dhabi before returning home in 1984 for what you’ll be a very short retirement. Was he shaped by that experience in his formative years? Did the risks he faced and survived create in him a fearlessness that took him to less developed parts of the world? I will never know and, of course, I don’t want to romanticise him - not least because he would have hated that

75 years ago this week J (short for Joseph) Ray Allmark, approaching his 19th birthday on 9 June 1944, was making final preparations for his small part in those world changing D Day landings.

When the world is riven with division and difference and we search for meaning, purpose and values we would all do well to remember the importance of duty and service...Lest we forget, we owe you and all of the others, Grandad. Coronavirus and the Entrepreneur.
Michael Burne

What's in a workplace?
Michael Burne

COVID-19 - The impact on the legal sector
Rachel Clayfield

Confidentiality clauses: not worth the paper they are written on?
Rachel Clayfield