There are so many issues with what has allegedly happened here.  I say 'allegedly' as the two crew members appear to have been suspended and not gone through the remainder of the disciplinary process at this stage.  Employers will know the importance of remaining neutral and in fact-finding mode until all evidence is heard and a proper and fair process has been carried out (even if you think the situation may look clear cut!).

The patient in this story has said suspending the crew on full pay made matters worse but does not say why.  I can only assume that it's because they were on full pay.  Again, you cannot suspend without paying your employees.  To add to this, employers should always consider whether suspension is necessary and appropriate.  I think in this case it certainly is, but my advice to employers is to think carefully about each individual case before you act.

The message left by the ambulance crew, if this is of course all true, is quite appalling and that is putting it rather mildly.  Given their position, their direct contact with patients, the fact they are working in a caring profession all has to be assessed.  They will of course try to mitigate any possible outcome with their remorse and it appears they may also argue 'self defence' and this will need to be considered.  When 'remorse' is looked at, what will they truly be sorry for: leaving the message, being found out or what they actually said?  I struggle to see how 'self defence' may be used as the patient was not with them at the time and according to what we know the patient had not been violent.  He was homeless, in temporary accommodation and had mental health issues.  If we should be getting ready to beat anyone who is pigeonholed in such a way, society needs to rethink.

For the Police to say there is nothing they can do because the patient wasn't threatened directly does not sit right with me.  You only have to look at social media and the significant negative impact indirect threats and abuse can have on an individual to see where I am coming from.  If this had happened between employees, this would be treated as bullying and harassment.  There may also be a potential claim for breach of health and safety regulations as employers need to be providing a working environment which is safe, both physically and mentally, for their employees.

Two ambulance crew members from the private G4S company have been suspended after leaving a voicemail message for a homeless patient in which they discussed whether they could beat him “to a pulp” and  claim it was self-defence. 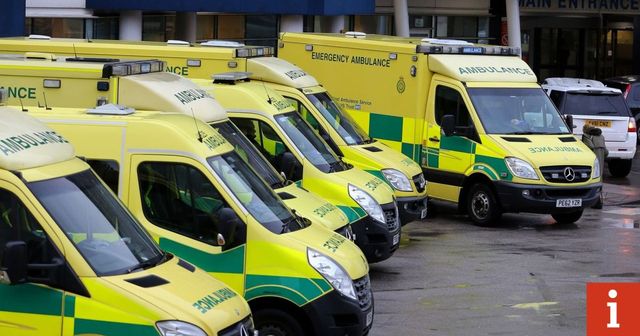 A vulnerable man with mental health issues, he had been rehoused by Kent council in temporary emergency accommodation the previous week.

The driver of the ambulance had left a... https://t.co/NXBTPRqOPu

“He’s homeless, he’s aggressive, he’s suicidal, so he ain’t gonna be the best, is he?” the driver can be heard to say during the harrowing recording.https://t.co/Sb3HqibUoI

2 G45 ambulance crew suspended for beating an homeless man to a pulp https://t.co/ygj2UUUCYU

BANK HOLIDAY TO BE MOVED
Anonymous

DRUG TAKING AND THE WORKPLACE
Anonymous

EMPLOYING LOGIC AND NOT YOUR VOLUNTEERS
Anonymous